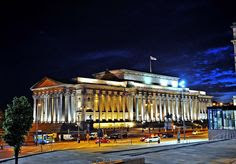 Night time shot of the Hall.


St George's Hall stands on a plateau in the centre of the City of Liverpool. It is widely recognised by
Architectural historians who regard it as one of the finest neo- Grecian buildings in the world. In 2004 the hall and surrounding area were recognised as part of Liverpool's World Heritage Site. 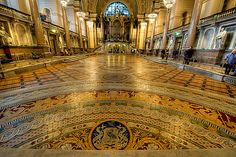 This picture is of the main hall, looking down to the magnificent organ. The floor is composed of over 30,000 Minton tiles. 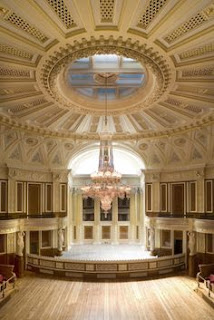 Above is the Dance Hall, with such a beautiful ceiling. 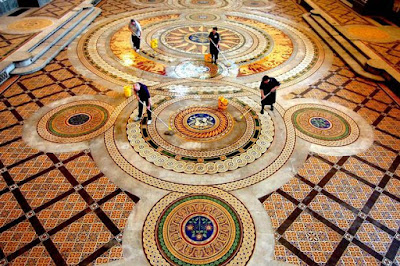 Cleaners carefully restoring a very precious and valuable floor. The floor is mainly covered by a removable floor to protect it. The interior of the hall is considered to be one of the greatest created by Sharples and Pollard.

The almost circular Concert Room was lavishly decorated and was often used by Charles Dickens, when he gave his Penny Recitals to the poor people of Liverpool.

My sincere thanks to Denise, Roger, Leslie and all the ABCW team, withoout their GOOD and GREAT efforts this remarkable meme would not operate.

My Best Wishes,
and kind regards,
to each and every one ABCw contributor.
Di. xx.