During this round of  ABCW  I have written quite a lot about our many trips around Turkey, we have stayed in 4 and 5*Hotels,  A Mountain Hut, (loosely described as a rustic pension) complete with holes in the roof, we discovered this during  a scary storm orchestrated by the loudest thunder and fork lightning, which was streaking across the turquoise blue lake beneath us, and stripping the bark off the surrounding fir trees. The exceedingly rude owner,  ignored our requests to move to another room, even though rain water was cascading down the walls... His attitude was a shrug and a 'what do you expect, this is a mountain lodge, and yes, it does rain!﻿﻿
﻿﻿﻿﻿﻿﻿﻿﻿﻿﻿

Email ThisBlogThis!Share to TwitterShare to FacebookShare to Pinterest
Labels: Yodelling

A poem by Ken Nesbitt 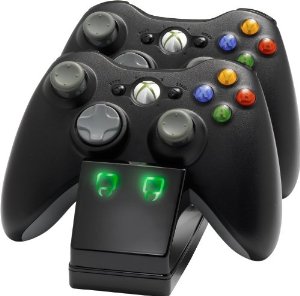 Xbox Xbox,
you're the one for me,
I also love my 3DS
and my Nintendo Wii. 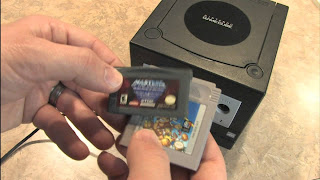 Gamecube, Gameboy,
Apple iPod Touch.
I never thought that I would ever
be in love this much.

Pac-man, Sonic,
Mario and Link.
Your names are etched inside my mind
In everlasting ink.
Run, jump, flip, hang,
double-jump and climb.
That's all I want to do
with every second of my time.

This is true love
Yes it's plain to see
X box X box
will you marry me?

Ken Nesbitt is an American children's poet. he was named Children's Poet laureate in 2013 by The Poetry Foundation. His writings often include imagery of outrageous happenings, before ending on a realistic note. he's a wonderful writer, so I urge you to Google him and read some of his stuff, well worth a read !

Without these two eXceptional people and the band of eXcellent helpers. ABCW would not be here so to quote Roger "Thank you for all you do".

Vistas and visions of Liverpool 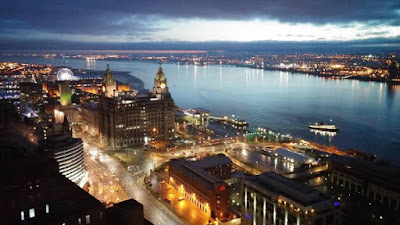 View  of the Pier Head and the  visually stunning waterfront.

I thought I'd let the camera do the talking showing Liverpool at it's very best.        It's been a busy few weeks around our beloved city.﻿﻿﻿﻿ 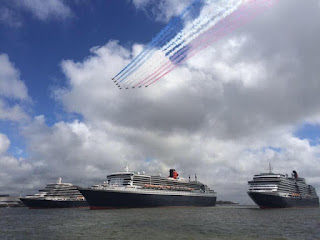 ﻿﻿﻿﻿
The Three Queens sailing majestically up The River Mersey for Cunard's 175 Anniversary  Celebrations.  See the vision of The Red Arrows Aerobatics Display team. 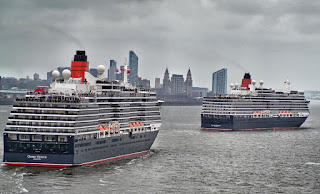 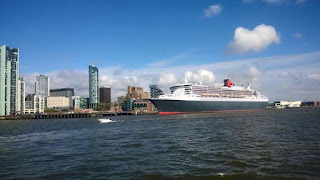 The Queen Mary berthed at The Pier Head Liverpool.