I just love cats they are so cute! As so many people know I have a much loved cat called 'Princess Chloe'. She is the light of my life, wherever I am in the house she is never far from my side, except when she slopes off to a suitable warm place for her afternoon nap. When I am tapping away on my keyboard she curls up on my lap, occasionally making her input by tapping the keyboard. 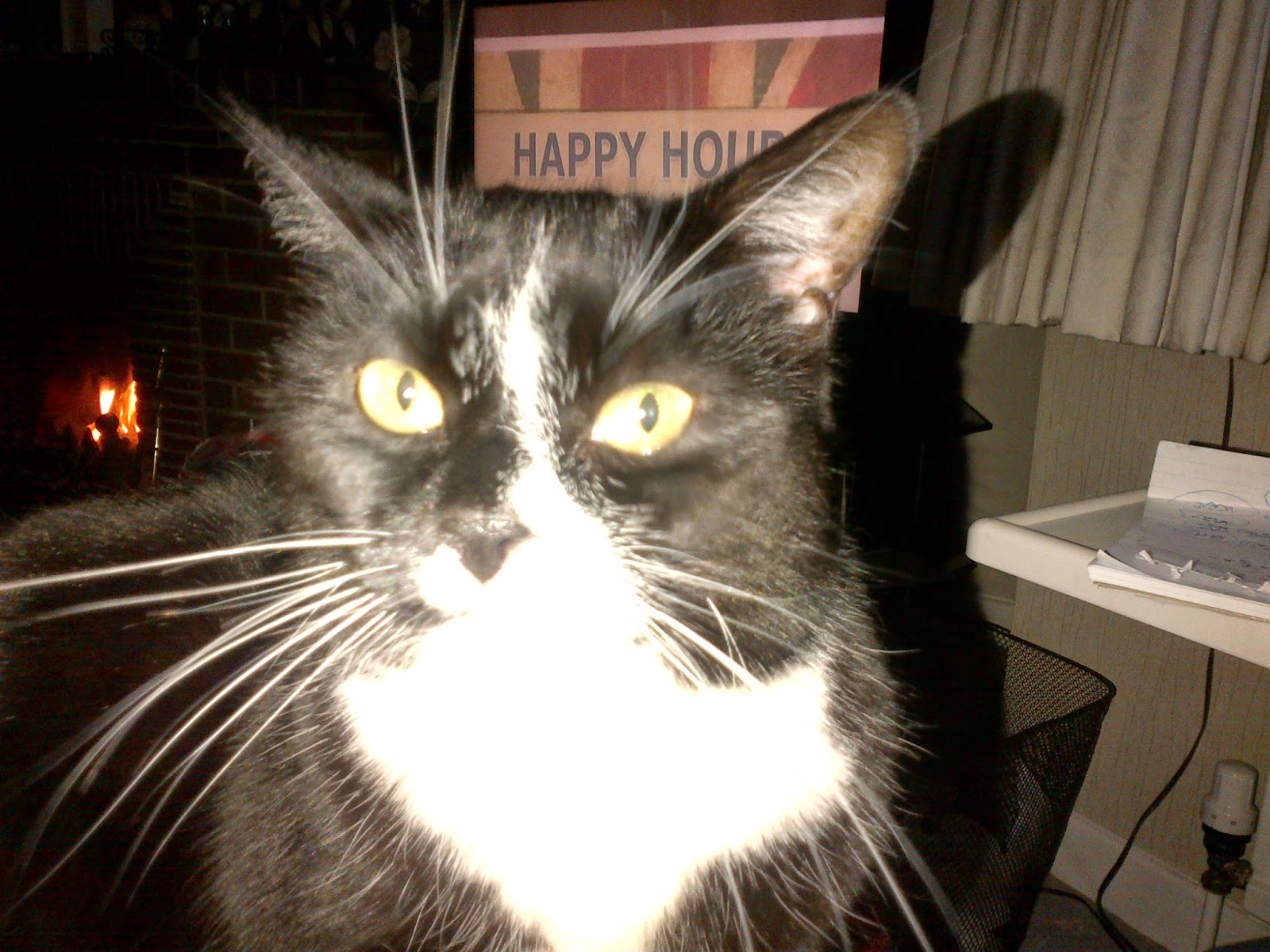 T. S. Lewis. wrote the most enchanting stories about Cats, his book called

was turned into a musical and called CATS which was a smash hit worldwide. 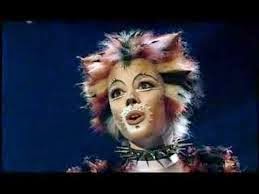 Who can forget the celebrated singer and actress, Elaine Page's wonderful performance of   'Memory' in Cats'.

This recording launched her into a fabulous, enduring career, she went on to star in Evita,  Chess  and many more wonderful Lloyd Webber music. 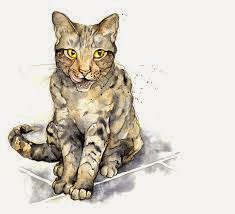 Macavity is a mystery cat : he's called the hidden paw -

For  he's the master CRIMINAL  who can defy the law.

He's the bafflement of Scotland yard, the Flying Squad's despair.

For when they reach the scene of CRIME - Macavity's not there!

just controls their operations the Napoleon of crime!

My thanks to the creative Denise for devising ABCW and the careful Roger for being the administrator, also not forgetting all the little helpers in the team, Wil, Gattina, Joy Leslie, (come back soon leslie we miss you), Pheno  et al,

All good wishes to my new found friends in ABCW, and hoping to make many more, from Di  xx
﻿﻿

B stands for Hilaire Belloc

Hilaire Belloc has to be amongst my favourite poets I particularly liked his funny poems, here is one of them it is called....... 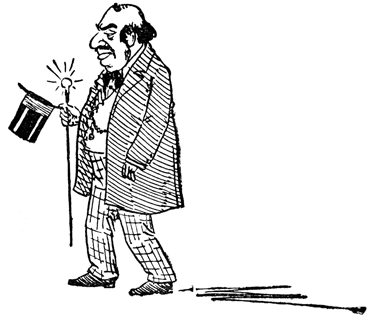 Rebecca Who Slammed Doors For Fun And Perished Miserably.

A trick that everyone abhors

In little girls is slamming doors

Who lived in Palace green, Bayswater

Was given to this furious sport 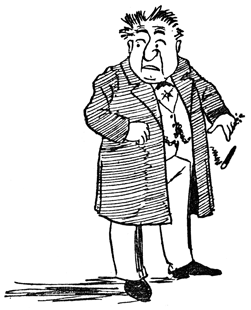 She would deliberately go

to make her Uncle Jacob start,

She was not really bad at heart,

But only rather rude and wild;

She was an aggravating child....

It happened that a marble bust

of Abraham was standing just 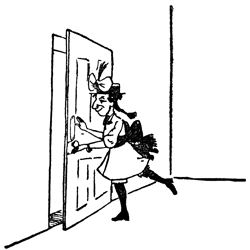 Above the door this little lamb

Had carefully prepared to slam,

And down it came! It knocked her flat! 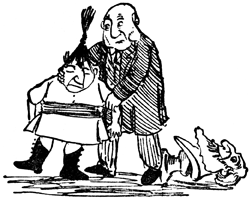 Her funeral sermon (which was long

And followed by a sacred song)

Mentioned her virtues, it is true,

But dwelt upon her vices too,

And showed the dreadful end of one

Who goes and slams the door for fun.


Hilaire  Belloc  1870 -1953  was an Anglo French writer and historian. He was also a known orator, poet, sailor, satirist, man of letters, soldier, and political activist.

His most enduring legacy must be his verse, particularly his humorous 'Cautionary Tales For Children. A great favourite with our family which included 'Matilda Told Such Dreadful Lies' and was eventually burned to death. I was tempted to include this too but time and space disallows! So more of Hilaire Belloc at a later date!

My thanks to the bonny lass Denise for creating ABCW and our brainbox admin man Roger for keeping us all in line... Best Wishes Di.... ABCW team.

A stands for Archimedes 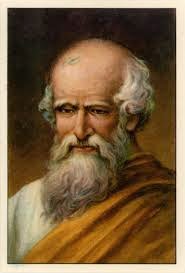 Archimedes was born c.287 B.C. in Syracuse Sicily. He was an ancient Greek mathematician, physicist, engineer inventor and astronomer.

An amusing anecdote about Archimedes tells of how he invented a method for determining the volume of an object with an irregular shape.

A votive crown for King Hiero, who had supplied the pure gold to be used and Archimedes was asked to determine whether some silver had been substituted by the dishonest goldsmith. Archimedes had to solve the problem without damaging the crown so he could not melt it down into a regular shaped body in order to calculate it's density.

Whilst taking a bath he noticed that the level of the water rose when he got in, and realised that this effect could be used to determine the volume of the crown. His theory was proved that the density was lower and cheaper that less dense metals had been added.

He was so excited that he jumped out of the bath and forgetting to get dressed he ran through the streets naked crying 'Eureka'- Greek meaning,  " I have found it". 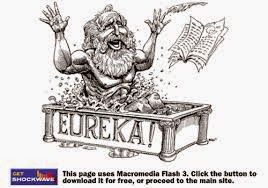 Amongst many of his theories and inventions he  invented the hydraulic screw.

This was used to pump bilge (water) out of the hull of a ship that he designed called the Syracusia. 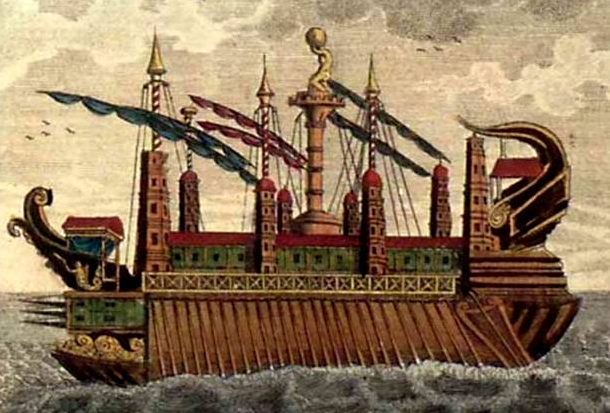 This ship could carry six hundred passengers along with a large cargo.

The hydraulic screw has many uses particularly in irrigation by transporting water along channels.

137 years after Archimedes death the Roman Orator Cicero embarked upon a search for Archimedes tomb. It was eventually discovered near the Agrigentine Gate in Syracuse

There is so much more to write about this remarkable man, and as I've long had a deep admiration of his works, I hope to write more as we proceed with ABCW ROUND 16.

My favourite yarn is his 'Eureka' moment. This is  something I learned in primary school during science lessons. I can remember sniggering, with the rest of my class mates, at the thought of a wrinkly old man running through the streets stark naked !

My thanks to the AMAZING Denise for devising ABCW and the much ADMIRED Roger for keeping us all together, in our quest to write about whatever captures our imagination.

The deaths of Zachariah and his wife The Righteous Elizabeth

The Holy Prophet Zachariah and the Righteous Elizabeth were the parents of the holy Prophet, Forerunner and Baptist of the Lord, John. They were descended from the lineage of Aaron: St Zachariah, son of Barach, was a priest in the Jerusalem Temple, and St Elizabeth was the sister of St Anna, the mother of the Most Holy Theotokos. The righteous spouses, “walking in all the commandments of the Lord (Luke 1:6), suffered barrenness, which in those times was considered a punishment from God.
Once, during his turn of priestly service in the Temple, St Zachariah was told by an angel that his aged wife would bear him a son, who “will be great in the sight of the Lord” (Luke 1:15) and “will go before Him in the spirit and power of Elias” (Luke 1:17).
Zachariah doubted that this prediction would come true, and for his weakness of faith he was punished by becoming mute. When Elizabeth gave birth to a son, through the inspiration of the Holy Spirit she announced that his name was John, although no one in their family had this name.
They asked Zachariah and he also wrote the name John down on a tablet. Immediately the gift of speech returned to him, and inspired by the Holy Spirit, he began to prophesy about his son as the Forerunner of the Lord.
When King Herod heard from the Magi about the birth of the Messiah, he decided to kill all the infants up to two years old at Bethlehem and the surrounding area, hoping that the new-born Messiah would be among them.
Herod knew about John’s unusual birth and he wanted to kill him, fearing that he was the foretold King of the Jews. But Elizabeth hid herself and the infant in the hills. The murderers searched everywhere for John. Elizabeth, when she saw her pursuers, began to implore God for their safety, and immediately the hill opened up and concealed her and the infant from their pursuers.
In these tragic days St Zachariah was taking his turn at the services in the Temple. Soldiers sent by Herod tried in vain to learn from him the whereabouts of his son. Then, by command of Herod, they murdered this holy prophet, having stabbed him between the temple and the altar (MT 23: 35). Elizabeth died forty days after her husband, and St John, preserved by the Lord, dwelt in the wilderness until the day of his appearance to the nation of Israel.
On the Greek calendar, Sts Zachariah and Elizabeth are also commemorated on June 24, the Feast of the Nativity of St John the Baptist.

It is written in Matthew 23:35 that Zacharias son of Barachias was slewn between the temple and the Altar:  Confirmed in the New International Bible.

Zachariah was a prophet and the father of John The Baptist.
His wife was the Righteous Elizabeth, it was thought that she was unable to bear children.
One day when Zachariah was in the temple an angel of the Lord appeared before him
and told him that his aged wife would bear a son who "will be great in the sight of the
Lord (Luke 1 : 15) and will go before him in the spirit and power of Elias" (Luke 1:17).
The prophet doubted that this prediction would come true and for his weakness of faith
he was punished by becoming mute.

When Elizabeth gave birth to a son, through the inspiration
of the holy spirit, she announced that his name was John, although no one in their family
had this name.
When Zachariah was asked he wrote down the name of John on a tablet..
Immediately the gift of speech was returned to him, and inspired by the holy spirit he
began to prophesy about his son as the forerunner of the Lord.
. 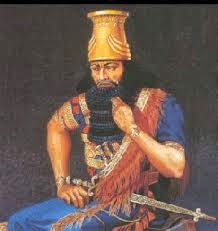 King Herod knew about John's unusual birth, fearing that he was the foretold King of the Jews he ordered
the killing of all the boys born about that time.
When Elizabeth heard this she hid herself and the infant in the hills, The murderers searched
everywhere for John to no avail.
When they were getting near to Elizabeth she implored God for their safety, and immediately the hill opened up and concealed her and the infant from their pursuers. 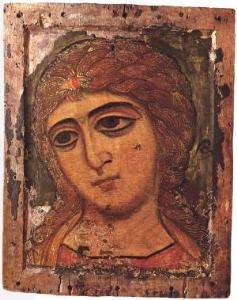 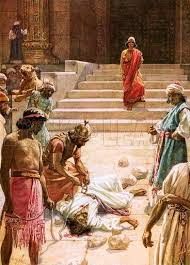 During these tragic days St Zachariah was taking services in the temple when Herod's soldiers slaughtered him because he wouldn't reveal the whereabouts of his son.
Elizabeth died forty days after her husband and St. John, preserved by the Lord, dwelt in the wilderness until the day of his appearance to the nation of Israel.
It was said that he existed on honey and locust.
My thanks to Denise and Roger and all the helpers for keeping the ZESTY ABCW going from strength to strength!
Happy New Year,
at January 06, 2015 20 comments: