The story of Ruth is one of my favourite books in The Old Testament. It gave me lots of pleasure reading it as a child. I was asked to memorise and read a text from it  in school assembly, when I was just about ten years old.


It was something I've never forgotten and  the text stays within my heart even now. Ruth is a story of love and redemption and so easy for a child to understand. Here is a quick synopsis of the story, as I perceived it, when I was very young it.


There was a place called Moab where there lived a family.  Elimelech, his wife Naomi and their two sons. They had fled there from Bethlehem, where there was war and famine. 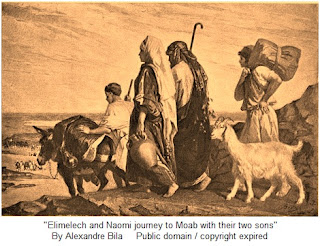 Later the two sons married Orpah and Ruth.  But tragically the two sons were killed in another war,  leaving two childless young widows;

They decided to stay with Naomi to look after her, which was a very kind thing to do.

One day Naomi decide she would like to return  to the land of Moab, where she used to live. She told her daughters-in-law that they should now return to their families and make new lives for  themselves; Whilst Naomi was grateful for their kindness in staying with her, she truly felt they should live  their own lives now, and hopefully, re-marry and have families of their own. 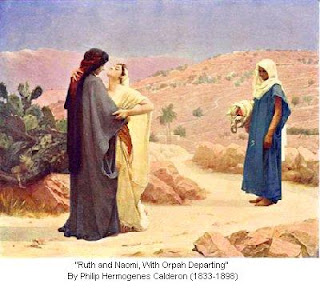 Orpah, reluctantly kissed her mother-in-law goodbye and duly returned to her family.


Ruth clung to Naomi, who said," See your sister-in-law has gone back to her family and Gods and so must you"; 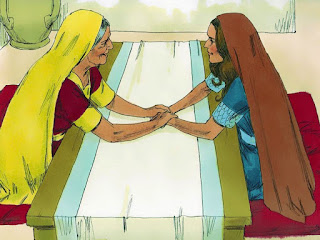 But Ruth said " Entreat me not to leave you, nor to return from following you; for where you go I will go, and where you lodge I will lodge; your people shall be my people and your god my god; Where you die, I will die and there will I be buried . May the Lord do so to me and more also if even death parts me from you. And when Naomi saw that she was determined to go she said no more. So Ruth and Naomi returned to Bethlehem together, When they got there Ruth decided to work in the fields as it was harvest time. She would follow the reapers and collect the Barley they had dropped, 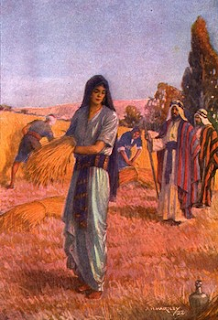 Whilst she was working in the field she was spotted by Boaz a wealthy land owner, who also happened to be related to the family of Naomi's husband. Boaz was deeply impressed by this industrious and devoted young widow working in his fields and introduced himself.

He told her (Ruth2 : 11-12) "All that you have done for your mother-in-law since the death of your husband has been fully told to me and how you left your father and mother and native land and came to a people you did not know before.

The lord repay your work and a full reward be given you by the Lord God of Israel, under whose wings you have come for refuge. 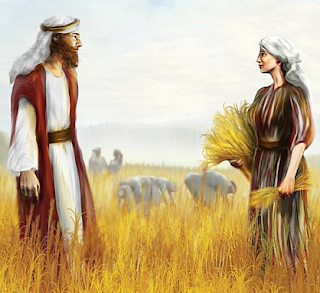 The relationship developed and Boaz and Ruth wed. They had a child and he was named Obed, he was the father of Jesse, the father of  David. 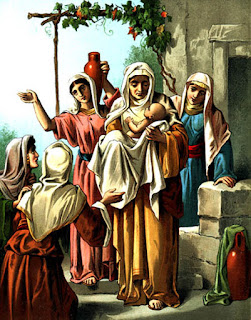 This marriage was one of the most significant in Jewish history because the great grandson of Boaz and Ruth was the famous and most loved ruler of Israel, King David. (Ruth 4: 21-22). This also means that Ruth was in the line of The Messiah Jesus Christ.

My sincere to Denise the rapturous creator of ABCW and also to Roger our rational  administrator. Also our thanks to the team of  readers who assist  Roger in visiting the sites of ABCW'ers.

best wishes to all from Di. ABCW team.