U stands for UP

When I was a child I was often asked 'What are you UP to Miss Moss?

Not that my name was Miss Moss it was a pet name my grandpa called me, when I was UP to mischief! On one particular occasion I was tying my Grandma's pinafore ties to a door handle whilst she was gossiping to her next door neighbour, keeping her UPDATED with the latest activities of another neighbour, referred to as 'that Trollop', who's husband was away at sea in the Merchant Navy.

Apparently she'd been UP to no good with the Insurance Man from The Prudential  who collected the  premiums on a weekly basis, as they did in those days, sic 1950

There was no such thing as direct debits then.

It seemed that 'The Man from the Pru', had been collecting more than the  premiums from said 'Trollop', who  according to Grandma, was 'no better than she ought to be'!

'What's a trollop Grandma, and what does 'UP' to no good mean,' I enquired innocently? .......Go UPSTAIRS and wash your hands, ready for tea', retorted Grandma. It always seemed that when I asked a question about matters that didn't concern me, I was sent UPSTAIRS to wash my hands........ I must have had the cleanest hands in the road !

I have, at last, started using my new Panasonic Lumix TZ40 Camera and have UPLOADED, some
pictures of our grandchildren UP to mischief and generally having fun. 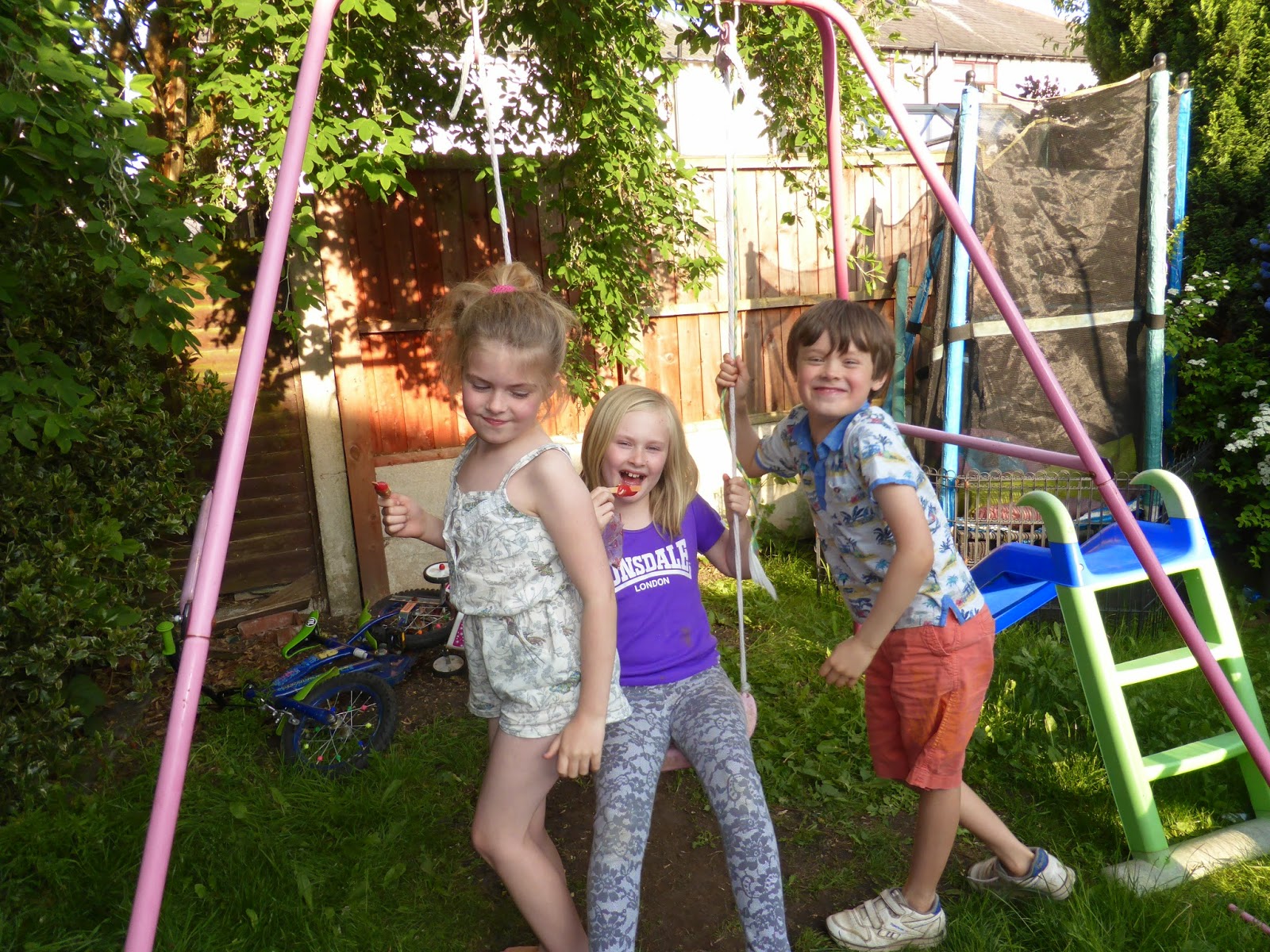 Olivia Molly and Freddie
playing on the garden swing. Freddie UP to mischief teasing the girls! 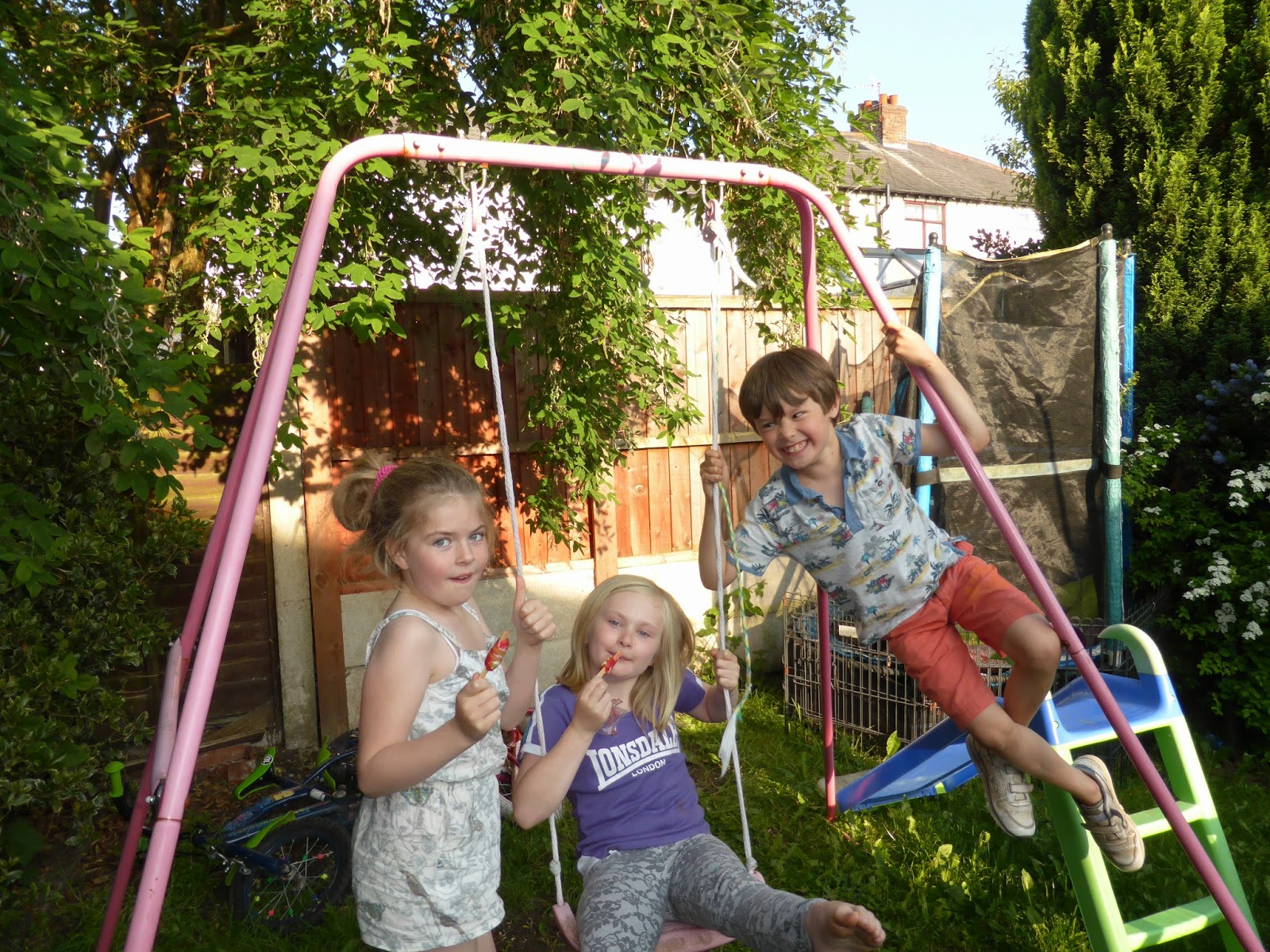 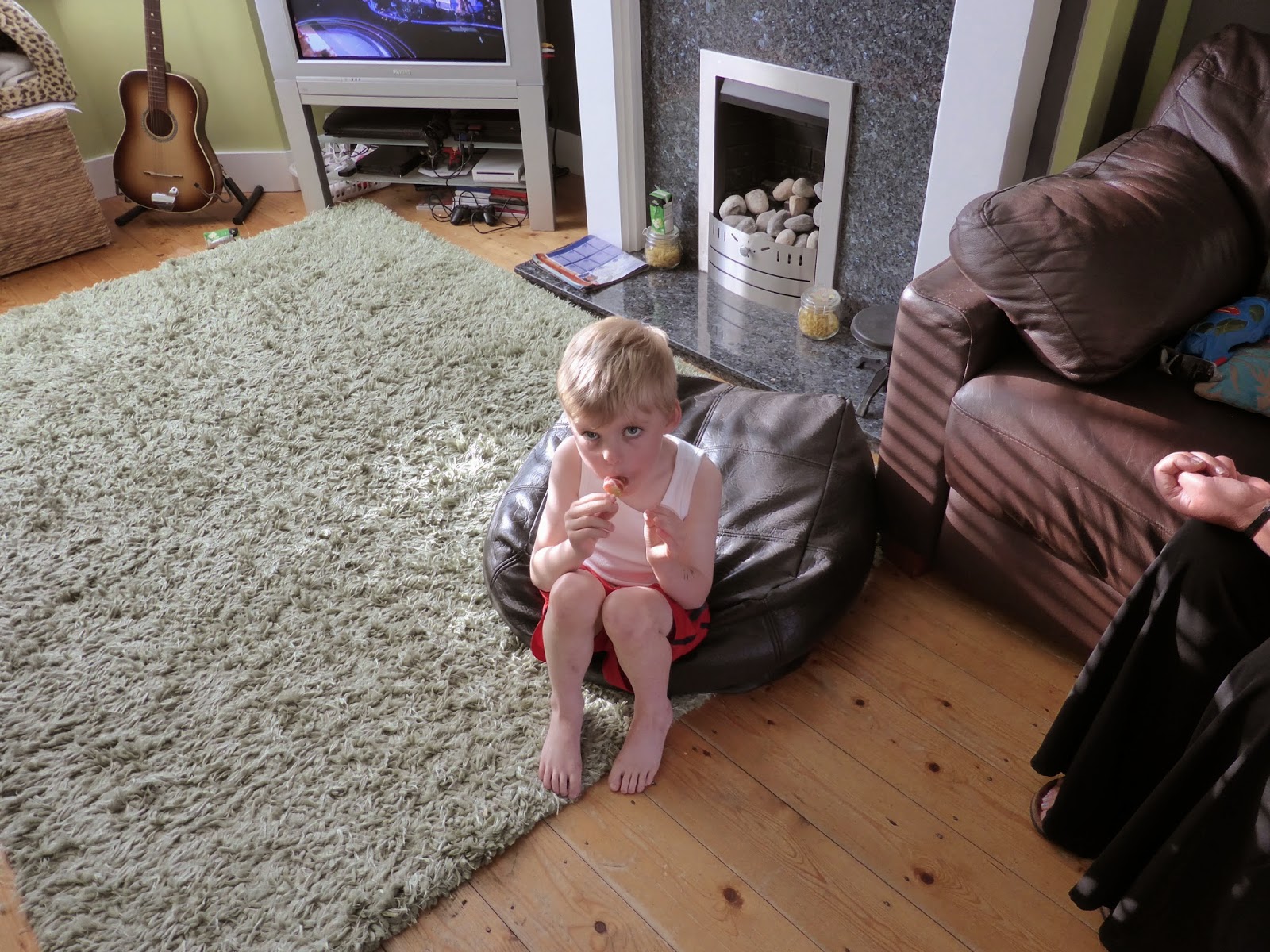 Christian the youngest looking UPWARD at the camera, he was UP late and rather tired.

Picture of the parents togged UP and ready for a night on the town. 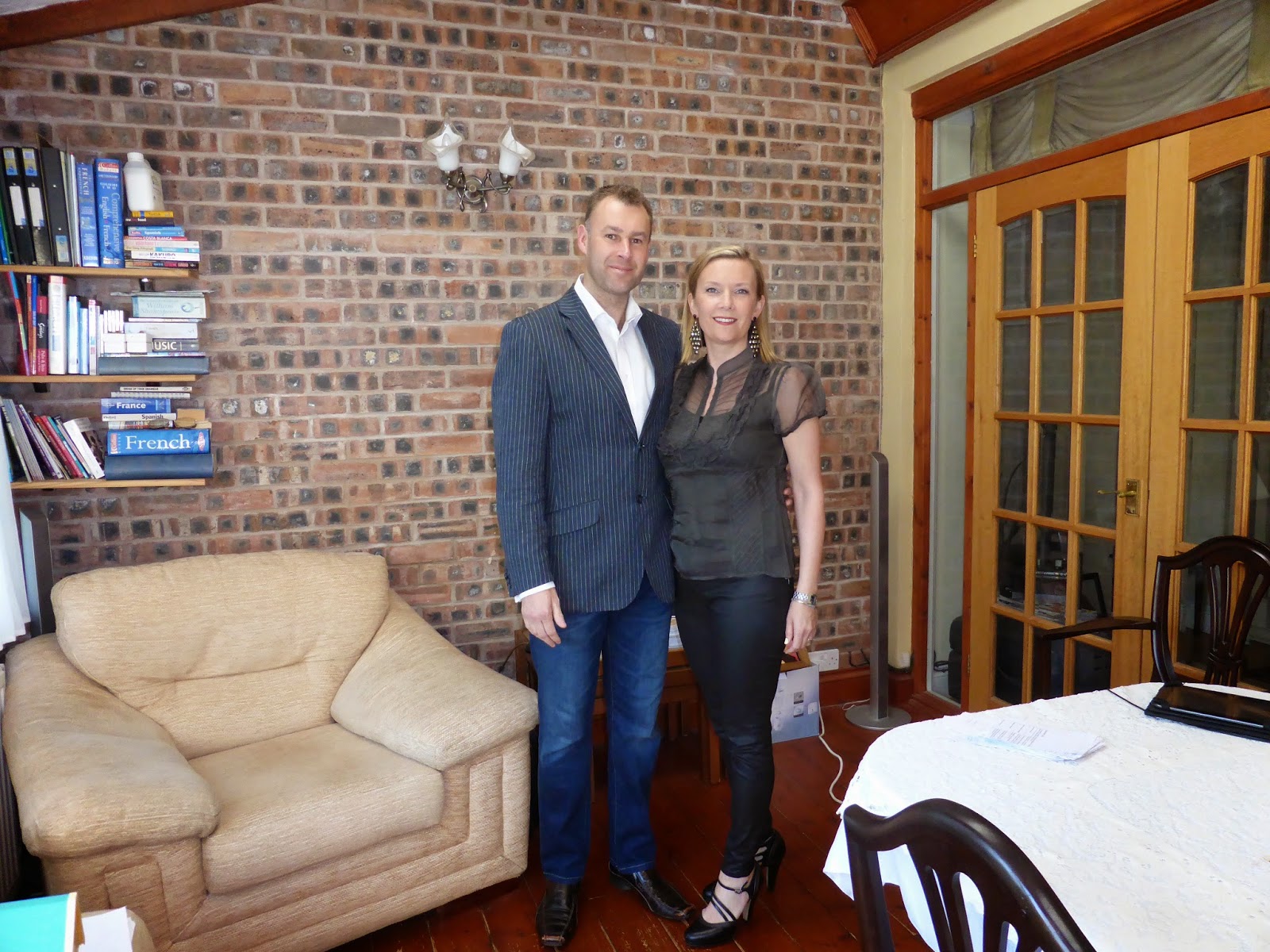 Kirsten and Dean at our house. 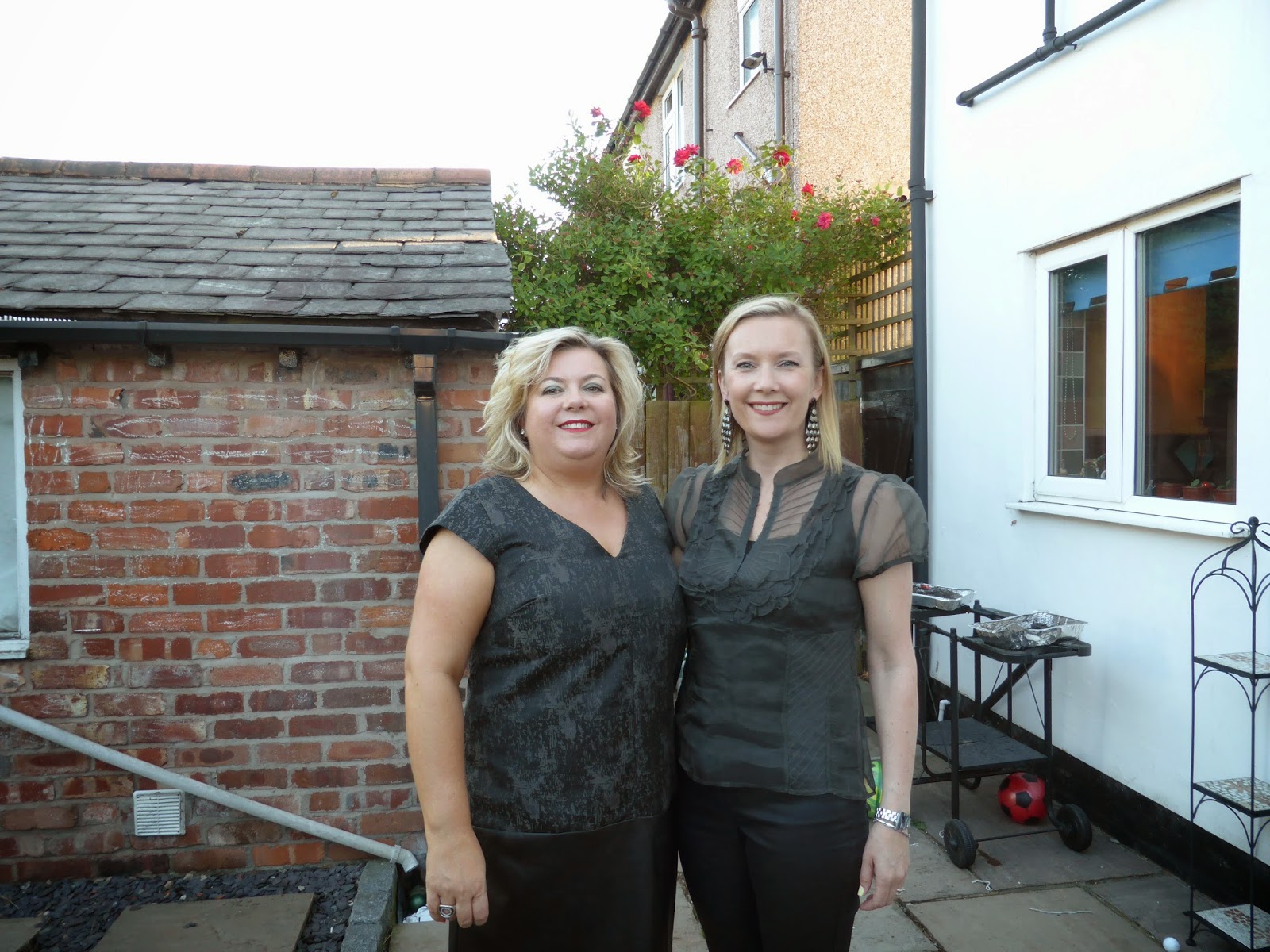 Ingrid and Kirsten round at Ingrid's home ready to go UPTOWN and party. . 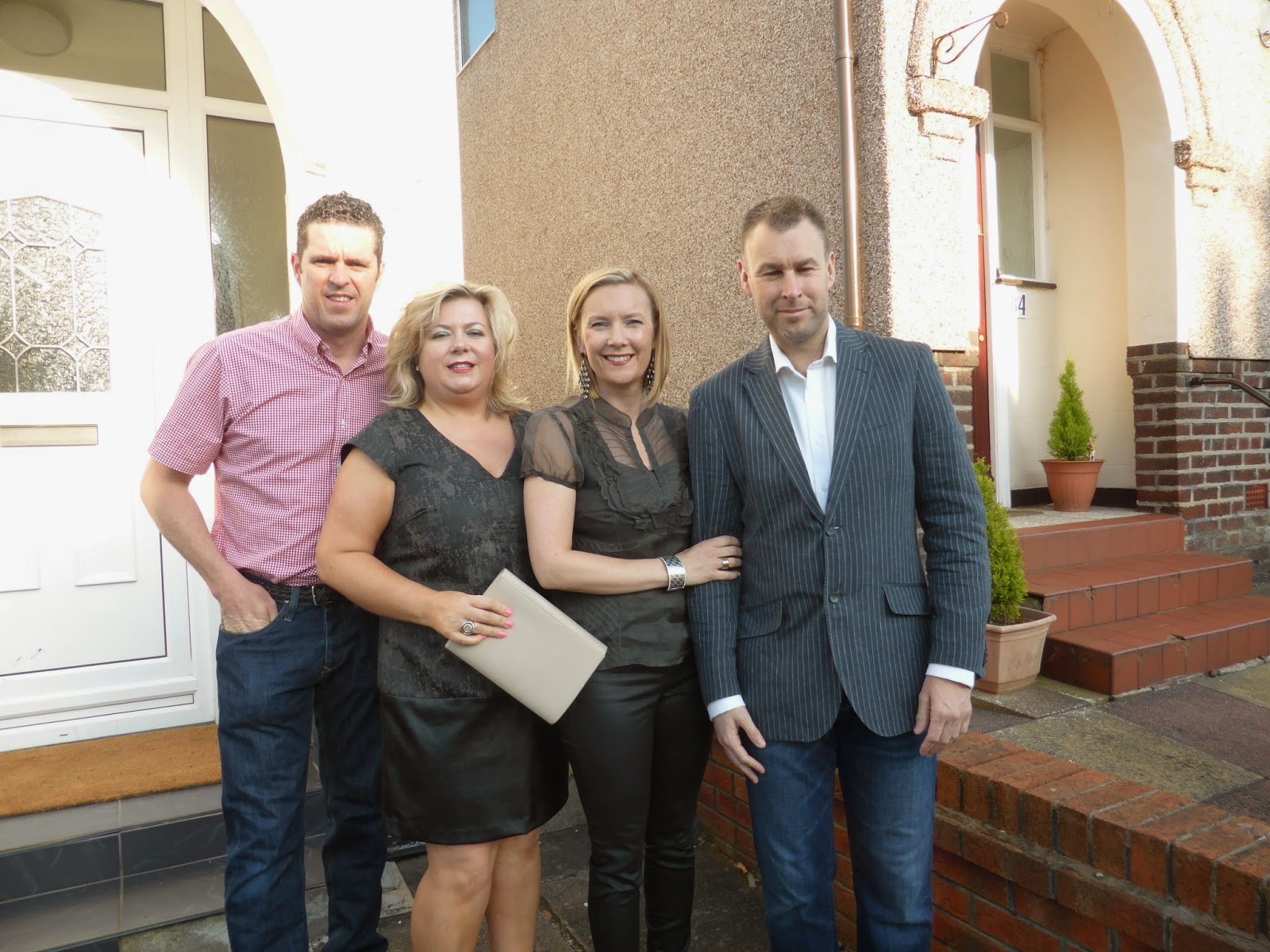 Mike and Ingrid, Kirsten and Dean
all togged UP and ready  for a knees UP !
Time's UP folks!
U stands for UP
My thanks to the UBIQUITOUS Mrs Nesbitt for devising the ILLUSTRIOUS AbcW and the UNIQUE Roger for his UNSWERVING administrative skills!
at June 02, 2014

Email ThisBlogThis!Share to TwitterShare to FacebookShare to Pinterest
Labels: Up Up and Away!