Can You believe it ? I've wracked my brain and thought and thought, then Yawned and Yawned, Yet, I still can't think of a suitable subject starting with the letter Y ..... I thought of the lovely poem,

Lochinvar by Sir Walter Scott which I learned to recite, when I was quite Young.....Having checked, it seems that ballad is eight verses long, on reflection I really can't believe that I actually learned and recited all eight verses. 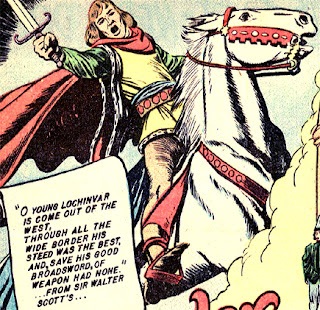 Lo! Young Lochinvar is come out of the West.

Through all the wide border his steed was the best.

And save his good broadsword he weapons had none.

He rode all unarmed and he rode alone.

So faithful in love and so dauntless in war.

As the poem is rather long I shall give you a short synopsis of this delightful prose.

Lochinvar was a gallant young knight who had asked for the hand in marriage of the Fair Ellen. Her father, however, disapproved of Young Lochinvar and refused. In the meantime Ellen was betrothed to another, when Young Lochinvar heard of this, he left the field of battle to save his beloved Ellen. 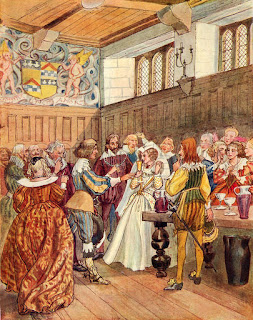 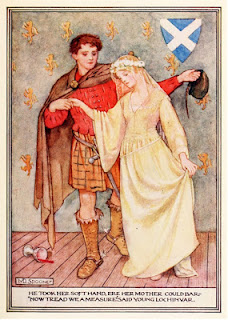 Sadly, when he arrived at her home she was already married . Being a noble Knight he asked her to dance with him, then, when the opportunity arose,  he took her up into his arms, swept her up onto his trusty steed and rode off into the night. 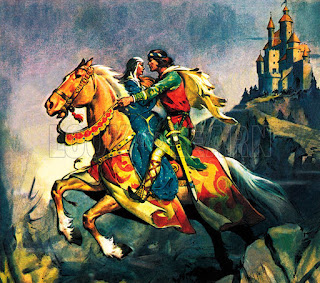 Should you wish to read all of  this delightful prose by  Sir Walter Scott. (and I hope you do) please just google it. It is fiction but loosely based on fact during the time of a famous battle in Scotland.

Thanks to our ever Youthful Denise for devising ABCW and Roger the XYZ guy who puts so much into the running of this Yum Yum meme.... I love it .

Best wishes to all  our ABCW  friends,
new and present..
Di xx