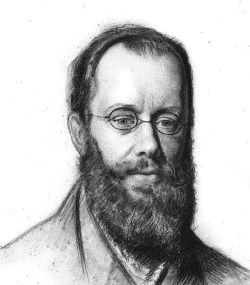 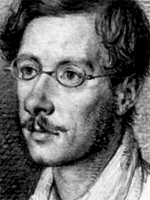 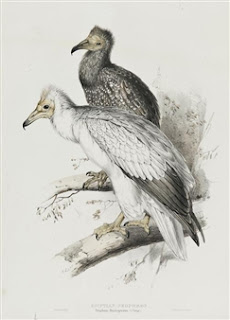 Edward Lear (1812-1888) was a poet and an illustrator.  He was talented in many fields, including music and in particular, famed for his wonderful nonsense poetry and limericks .

At the age of 16,  Edward Lear was employed by The Zoological Society as an ornithological draughtsman. Then, from 1832-1836 he was employed by The Earl of Derby who had a menagerie, at his stately home and estate, known as Knowsley Hall, in Liverpool UK. (My home town.)

Edward Lear's first publication in 1830 was 'Illustrations of The Family of  Parrots'. The paintings were well received and compared favourably with the works of John James Audubon. 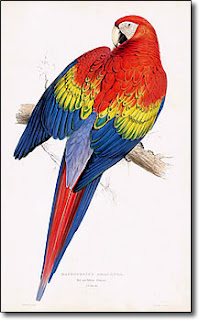 Edward Lear's early paintings of the parrots for his illustrated book. 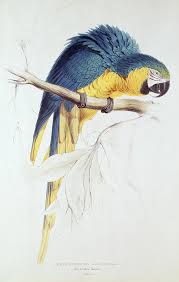 I cannot write about Edward Lear without sharing a couple of his amusing limericks, of course I'm tempted into 'going into one' again (a description by my daughters of moi when I get a little over enthusiastic).... you may recall I covered 'The Owl and the Pussy Cat on an earlier ABCW and as I've been EULOGIZING for quite long ENOUGH, I'll just throw in a couple of limericks from the fabled Edward Lear


There was an old man of the South,

Who had an immoderate mouth

But in swallowing a dish that was quite full of fish,

He was choked, that old man of the South.


There was an old man of the North,

Who fell in a basin of broth,

But a laudable cook,

Fished him out with a hook,

Which saved the Old Man of The North.

My thanks to the  ENDEARINGLY lovely Denise, for devising ABCW and also  Roger, the EPITOME of EXCELLENCE in his quest to keep us all in order!
Oh! and not forgetting the team of helpers assisting them..Di xx