W stands for Wishes and White

I love this time of the year when  friends and families gather together to wish each other a Very Merry Christmas and a Happy New Year. 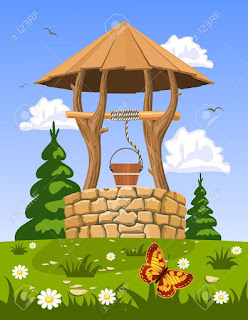 Some cynics may say "Be careful what you wish for"

My first most earnest wish is for World Peace.

My second wish is for all those who suffer pain, whether it be mental or physical, that God will grant them relief.

My third wish is for all the displaced people in the World , due to famine, floods or strife. I pray that the people of which ever land they settle in, will  warmly welcome them  and help them rebuild their broken  lives. 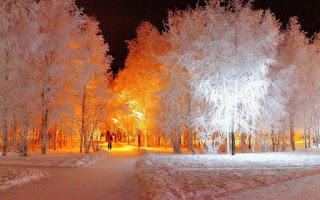 I'm dreaming of a WHITE Christmas

where the treetops glisten,

to hear sleigh bells in the snow 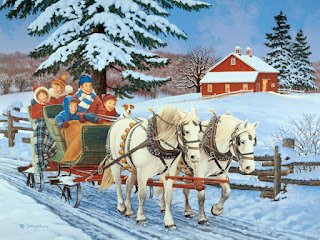 I'm dreaming of a WHITE Christmas

with every Christmas card I write

May your days be merry and bright

And may all your Christmas' be WHITE. 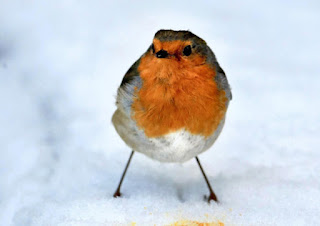 We can't have a WHITE Christmas without a seasonal robin..

My Warmest Wishes to you all over the Festive Season and thanks to the warm hearted Denise for devising ABCW and to the ever watchful Roger for doing what he does week after week.

We mustn't forget the team of Santa's little helpers who assist Roger in his endeavours.

Seasons greetings one and all,

U stands for Under,

Under Milk Wood  was regarded as the play for voices, it was a radio drama commissioned by the BBC and later adapted for stage and screen.

Dylan Thomas was a famed poet and writer, also broadcaster. He was born in Swansea, South Wales. 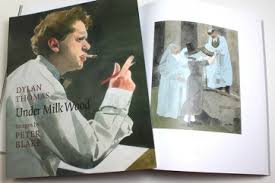 Whilst Dylan Thomas was staying at New Quay, West Wales he went out early one morning, when the people of the town were sleeping, verses came to mind about the residents. The play was really a short story and initially  was called  'Quite Early One Morning', it was about a mythical village called 'Llareggub', if you reverse the letters it says 'bugger all'. 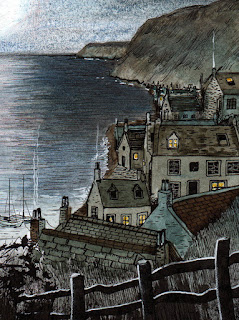 Llareggub was a typical Welsh village in South Wales, with terraced houses and one 'ty bach' (little house), and five cottages. In 'Early One Morning' there were lots of ideas and various interesting characters who would later be developed for 'Under Milkwood', they would come out and empty the slops out side of their houses and have a chat with each other.

An omniscient  narrator invites the audience to listen to the dreams and innermost thoughts of the inhabitants of the fictional Welsh fishing village.

There are some quirky and amusing characters. One of the main protagonists is Captain Cat , who is blind and who dreams of his lost crew when his ship sank. 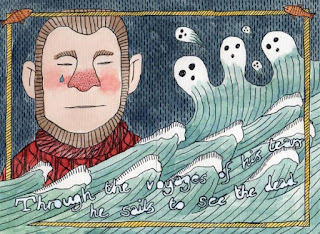 Captain Cat  is one of the most important characters and often acts as a Narrator.

The cast is too long for me to list all the characters but you can learn more on Wikipedia and by googling the title, or view it on you tube with Richard Burton and Liz Taylor  playing lead roles.

There are also transcripts to read, if you are interested.... Or whatever rocks your boat ! 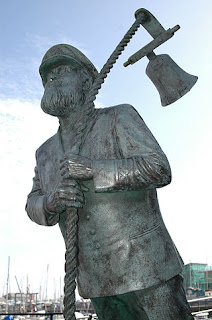 Captain Cat's statue at the museum in Swansea.

Sadly Dylan Thomas died in New York aged just 39 years of age, where he was working on Under Milk Wood,  he was literally putting the finishing lines to the play whilst, the actor were waiting to read their scripts.

He had poor health from childhood, then later became addicted to alcohol .

Sadly, many gifted people have formed some sort of addiction to alcohol and/or drugs.

I sometimes think that the pressures of fame is responsible  for their demise. 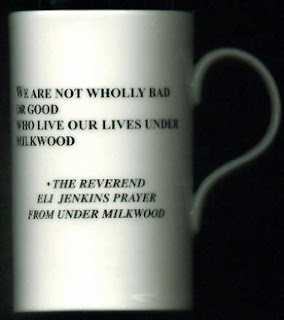 My thanks to the ULTRA UNIQUE Denise for devising ABCW and to Roger our UBIQUITOUS  admin man...and not forgetting his team of helpers who assist him with visiting each site,
Best wishes to all,
stay safe,
Di.
ABCW team.
at December 01, 2015 18 comments: Links to this post