When I was a child one of my favourite bedtime reads was The Jungle Book by Rudyard Kipling. It was a collection of stories about a little boy called Mowgli, who was abandoned in the Indian Jungle,  only to be raised as a feral child, in  by a mother wolf who had just had cubs. 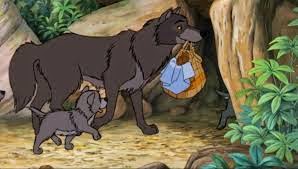 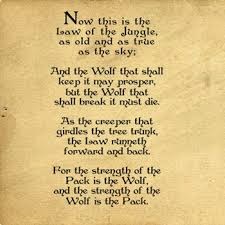 Mowgli has a black panther friend called Bagheera,  who looks after him.

Bagheera and the wolf tribe learn that Shere Khan, a man eating Bengal Tiger, has returned to the Jungle. It was decided that Mowgli should be taken back to the 'Man Village', for his own safety.


I've used illustrations from the wonderful animated version of Jungle Book by the Disney studios. The original sketches from the first publications of the book are very poor and who can forget the enchanting movie.

Many thanks to the ever JOYFUL Denise for devising ABCW and JUST Roger for  all his hard work in the administration of  this site........ Di.